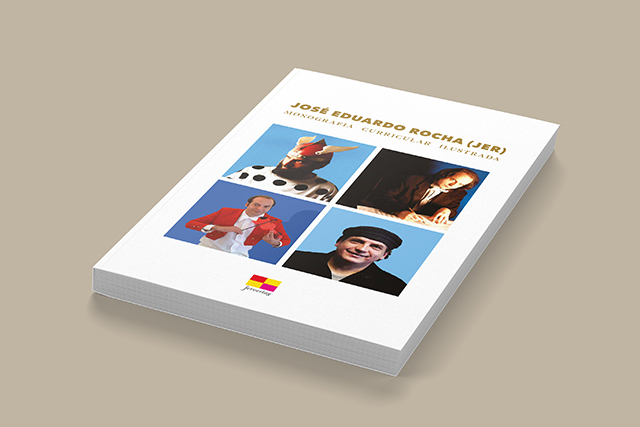 Pictorial Monography [in portuguese: Monografia Curricular Ilustrada], a kind of photo-biographical portfolio, originally conceived by the author to serve as the main document in the contest to obtain the Specialist Degree, in the area of Musical Composition – Performing Arts, at the Polytechnic Institute of Leiria. It describes and documents a singular artistic course developed in the field of music, specifically in the areas of composition and musical creation, with significant interactions in other artistic areas, such as theater, performing arts, visual arts, cinema and literature.

The present volume is organized by chapters, with differentiated items and in chronological order, followed periodically by lists, highlighting the central section dedicated to 28 creations – a selection of the works that had, according to the author, greater resonance in the public space.

Photographs, manuscripts, scene drawings, storyboards, scores, programs, publicity, press clips, other publications and memorabilia, duly indicated, credited and contextualized, are conjugated editorially, with the intention of reflecting on the character of a work and a career which has developed with continuity in the fields of art, culture and education. This edition, revised and updated, testifies to how this work has been received by the public and critics, making all this information accessible to a current audience. © JER 2018, rev. 2020